All of the participants, exhibitors and invited guests and patrons are invited to attend the Welcome Reception to be held at the Istanbul Hilton Hotel within walking distance from Istanbul Congress Center (ICC).

Sait Halim Pasha Yalısı situated on the shores of the European side of the Bosphorus in Yenikoy is our venue for the Banquet.

Busses will take participants to Kabatas where we will board a boat to sail to Sait Halim Pasha Yalısı. Return will be by bus starting at 23:00 onwards.

After cocktails in the garden a sumptuous dinner with entertainment will follow.

Sait Halim Pasha Yalısı was originally built in 1878 by architect Petraki Adamandidis from Canakkale. It changed hands and when the last owner died it was inherited by one of his nine sons. Sait Halim Pasha was the Mayor of Yenikoy, the Grand Vizier and Minister of Foreign Affairs of the Ottoman Court from 1913 -1917. 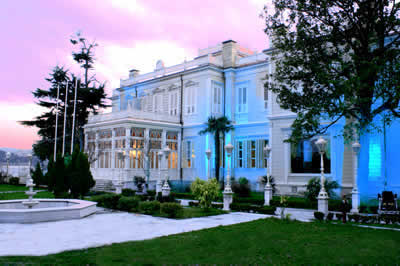